The FRENCH SOCIETY for NANOMEDICINE 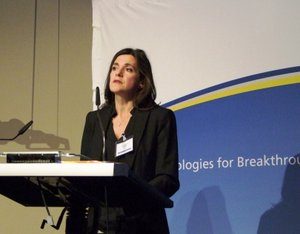 This french group is an non lucrative association whose objectives are to favour progress and knowledge diffusion in the Nanomedicine domain.

For these purposes, SFNano will organise seminars, workshops and discussions in order to favour a french network, and broader, in collaboration with european nanomedicine societie

“Nanomedicine, is defined according to the definitions published by the ETPN. Nanomedicine definition: includes all nanotechnologies devoted to health, including diagnostic, therapy, imaging or theranostic. It includes delivery and targeting, local and systemic admininistrations, implants and smart nano and microsystems.”

Based on multidisciplinarity, SFNano gathers academics from  CNRS, INSERM, Universities, CEA as well as non academic.