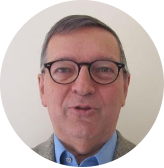 Huge thanks to Bernard Lebleu !

Our colleague Bernard Lebleu will leave the SFNano board to become the president of the Montpellier Academy of Sciences and Letters. The SFNano board is more than grateful to Bernard for all the energy and scientific input he invested in our society. We overview here Bernard’s brilliant carrier in few lines:

Bernard Lebleu has spent over 40 years of active research in molecular and cellular biology starting with globin mRNA characterization and interferon mechanism of action, and later on peptide- and oligonucleotide-based strategies to regulate gene expression, peptide delivery vectors (cell penetrating peptides or CPP) for biomolecules and peptide inhibitors of protein-protein interactions (PPI). He has been a pioneer in his field and his far over 200 scientific papers have been cited several thousand times.

He has grown up in Belgium, where he completed his PhD from the Université Libre de Bruxelles, before discovering new horizons as a Post Doc first at the Weizmann Institute of Science, then at the Institut Curie and finally at Yale University. He held a non-permanent research position at the Fonds National de la Recherche Scientifique as well as prestigious international fellowships during this period. Back in Belgium for a short time, he was appointed as Professor at Montpellier II University at the age of 32, leading to his permanent move to France. He has been teaching molecular biology and founded a Master degree in Biotechnology. He is a member of several scientific societies and was elected to a large number of commissions. He has been for many years a board member of the French Society of Nanomedicine (formerly GTRV) for which he has co-organized several annual meetings and thematic summer schools.

As Professor Emeritus, he keeps a strong interest for the field of nucleic acids therapeutics. He was appointed member of the Montpellier Academy of Sciences and Letters in 2015 and will become its President.